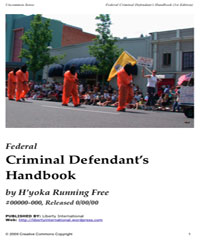 A “Motion for New Trial” based on any ground other than newly discovered evidence must be granted by the trial court if the interests of justice so require within seven-days after the verdict.

Grounds might include: (1) prosecutorial misconduct; (2) ineffective assistance of counsel; (3) co-defendant’s threats preventing the accused from testifying.

Denials of the motion for new trial are reviewed on appeal under an abuse of discretion standard. A new trial motion is based on Fed.R.Crim.P. 33(a) and post-conviction discovery may be available relevant to the claim for relief.

The Supreme Court clarified that Fed.R.Crim.P. 33(b)(2) regarding the seven-day filing requirement is not jurisdictional, but rather a “claim-processing” rule. A district court is not deprived of subject matter jurisdiction when a criminal defendant files an untimely motion for a new trial if the government fails to file an objection to the motion and instead answers the motion 0; the merits. The government waives a claim that the defendant’s motion for a new trial should be dismissed as untimely. Eberhart v. United States, 546 U.S. 12, 16, 19, 163 L.Ed2d 14, 126 S. Ct. 403 (2005).

Occasionally, criminal defendants are granted a new trial when new evidence is discovered that might impact the fairness of the original trial. Various Courts of Appeals have different standards for determining whether newly discovered evidence warrants the retrying of a defendant. The type of evidence will dictate the standard applied.

The issue of false testimony as grounds for a new trial is followed by many courts in the decision of Larrison v. United States, 24 F.2d 82 (7th Cir. 1928). “[A] new trial should be granted when, (a) the court is reasonably well satisfied that the testimony given by a material witness is false; (b) that without it the jury might have reached a different conclusion; and (c) that the party seeking the new trial was taken by surprise when the false testimony was given and was unable to meet, or did not know of its falsity until after the trial.” Id. See, United States v. Butler, 567 F.2d 885 (9th Cir. 1978).

When the defendant has pled guilty, no trial has occurred and the Rule 3 remedy is unavailable. United States v. Collins, 898 F.2d 103 (9th Cir. 1990). “If newly-discovered evidence establishes that a defendant…has been convicted solely on the uncorroborated testimony of a crooked cop…, the ‘interest of justice’ would support a new trial under Rule 33.” United States v. Davis, 960 F.2d 820 (9th Cir. 1992). Cumulative effect of four errors relating to… charge deprived defendant of a fair trial, and defendant was therefore entitled to a new trial.”

If an important witness asserts that he or she did not tell the truth at trial and wants to recant the testimony, the judge must decide whether the recantation is credible and warrants a new trial. Where perjury has been committed, a new trial should be awarded when (1) the court is reasonably satisfied that the testimony is false; (2) that without it the jury might have reached a different conclusion; (3) that the party seeking the new trial was taken by surprise and did not know of its falsity until after trial.

C. Suppressed Exculpatory Evidence and Government Use of Perjured Testimony

A different standard of review applies to motions based on evidence that was in the possession of the government at the time of trial. The doctrine of Brady v. Maryland, 373 U.S. 83, 10 L.Ed.2d 215, 83 S.Ct. 1194 (1963), in the interest of finality, which ordinarily requires a strong showing to reopen a determination of guilt, must give way if the government is responsible for the jury’s failure to consider exculpatory evidence. See, United States v. Agurs, 427 U.S. 97, 111, 49 L.Ed.2d 342, 96 S.Ct. 2692 (1976). Because suppression of exculpatory evidence or knowing use of perjured testimony violate due process, these claims may also be raised in a motion to vacate sentence and judgment in a section 2255 motion.

The Brady doctrine of “reasonableness” is relevant to sentencing as well as to guilt as the case involved suppression of evidence that could have mitigated the defendant’s sentence. Brady, at 87. Supreme Court decisions in Kyles v. Whitley, 514 U.S. 419, 131 L.Ed.2d 490, 115 S.Ct. 1555 (1995) and Strickler v. Greene, 527 U.S. 263, 289-90, 144 L.Ed.2d 286, 119 S.Ct. 1936 (1999) in which the Supreme Court engaged in its own analyses of materiality, displaying no deference whatsoever to the conclusions of the lower courts. “…we should independently review the record to ensure that the blatant and repeated violations of a well-settled constitutional obligation did not deprive petitioner of a fair trial.” Kyles, at 455.

“There are three components of a true violation: The evidence at issue must be favorable to the accused either because it is exculpatory, or because it is impeaching; that evidence must have been suppressed by the state, either willfully or inadvertently; and prejudice must have ensued.” Strickler, at 281-82.

The standard petitioner must satisfy is to convince the court that there is a reasonable probability “that the result of the trial would have been different if the suppressed documents had been disclosed to the defense.” Strickler, at 289. “The question is not whether the defendant would more likely than not have received a different verdict with the evidence, but whether in its absence he received a fair trial resulting in a verdict worthy of confidence.” Kyles, at 434. “[T]he materiality inquiry is not just a matter of determining whether, after discounting the inculpatory evidence, the remaining evidence is sufficient to support the jury’s conclusions.” Rather, the question is whether “the favorable evidence could reasonably be taken to put the whole case in such a different light as to undermine confidence in the verdict.” Kyles, at 434 -435.

The “prosecutor has a duty to learn of any favorable evidence known to the others acting on the government’s behalf in the case, including the police. …the prosecution’s responsibility for failing to disclose known and favorable evidence rising to a material level of importance is inescapable.” Kyles, at 419.

Solicitation of the perjury is not required. Even when the perjury comes completely on the whim of the witness, if the prosecutor knows it is false, there is a duty to disclose. See, Alcorta v. Texas, 355 U.S. 28, 2 L.Ed.2d 9, 78 S.Ct. 103 (1957). Mooney and Alcorta dealt with perjury concerning the facts of the case, but the prosecutor has a duty to disclose perjury going to the credibility of the witness as well. Napue found that prosecutor’s failure to correct or disclose a witness’ false statement that he had not been promised lenient treatment in another matter in exchange for his testimony against the defendant, violated due process.

Whether the defendant has requested any Brady material or not, the prosecutor must disclose known perjury if “there is any reasonable likelihood that the false testimony could have affected the judgment of the jury.” Mooney, at 103.

In Giles v. Maryland, 386 U.S. 66, 17 L.Ed.2d 737, 87 S.Ct. 793 (1967), a victim and her boyfriend, both witnesses at defendant’s trial, testify as to factual events in manner totally contradictory to the statements they gave to police. The prosecutor made no attempt to correct their testimony despite knowing about the prior statements. In Giglio, a witness was denied promise of lenience by another prosecutor, of which examining prosecutor did not know. The promise was within the government’s knowledge, so non-disclosure required reversal.